In my last blog, I accepted a challenge. At the time, I was overweight, out of shape and had just tried to ride my bike and keep up with Pro cyclist Ted King. I got dropped in the first 10 minutes of the ride. It wasn't pretty.

At that point I had a decision to make. Was I going to continue my current lifestyle, or was I going to accept the challenge and get in shape? I chose to get in shape. Carpe Diem. Seize the day.

That was in April 2012. By July of 2012 I had competed in my first triathlon of the year. By August, my second and by September my third triathlon was done. Finally, in October of 2012 I rode in a charity ride, the 60 mile Krempels King of the Road Challenge. That ride is organized by Ted King to raise money for rehabilitation of people with head injury.

By that point, I had dropped 22 pounds, my blood pressure had reached the normal range from being borderline high, and my symptoms of daily reflux that I was having were completely gone. I had felt so good about my training that for the first time in my life I applied for a cycling license and began racing cyclocross.

But more importantly for me, at the Krempels ride, I was able to ride with Ted King the whole 60 miles and actually found it fairly easy. During that ride, I told Ted about how getting dropped had motivated me to change my life for the better. He told a similar story about how he got dropped from an Exeter Cycles Wednesday night ride when he was younger. He also got motivated from this experience. "Sometimes it takes getting dropped to give you motivation" he said. How true.

We all get dropped in one way or another during our life. In fact we probably get dropped more times than we like to admit. What is really important though is how we chose to react to getting dropped. And we always have the same two choices. Are we going to Carpe Diem? Or, are we going to lie on the couch and forget about it. Motivation or not?

Lately, I have been trying to recognize those decision points in my life where I have choices. It seems that the best choice is always to seize the day. Life doesn't last forever. Why choose complacency?

My Dad was my junior high principal. On the wall of my junior high hallway, he placed a big wooden sign that everyone saw on their way to class. It said "Success usually comes to those who are too busy to be looking for it --Henry David Thoreau.”

Dad and Henry were right, and so was Ted. You will get dropped, and you will have a choice. Carpe Diem. 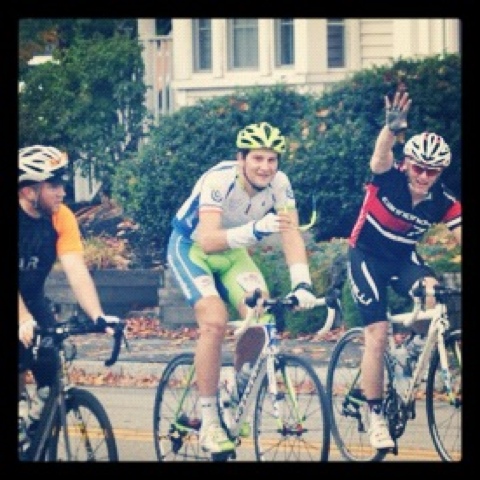 Posted by Christopher Roseberry at 11:21 AM

It's amazing what surgeons go through. I don't know if I could handle it.

I can totally relate to your story. My struggles have been the same over the years till i get there

nice point of view of surgeons, world look much different when you are in this profession.

Superb posts with lots of information!!! This is really the most miraculous blog site dude…. The Med Care Group

An inspiration for me very authentic and probably wonderful experience to be share by doctor. so respect their profession.

I am very happy to see your blog, good article and interesting,

Email Appending list is continuously updated with most accurate, quality and verified contacts.

Hi,
Nice blog, Our database can help you to target prospects to get high response rates and guaranteed results. Now reach and engage with your targeted audience by Surgeons Email List and stay connected with Surgeons in USA, Canada, UK, Australia and Europe.

Christopher Roseberry
I graduated from Georgetown University School of Medicine in 1993. During that time, I also worked at the National Institute of Health. During my final year of school I had the opportunity to train at the Royal Brompton National Heart and Lung Institute in London. After graduation I trained in General Surgery at Wilford Hall Medical Center in San Antonio TX. I was in the USAF and after residency went to Andrews AFB for four years. There, I was a member of a team of physicians who traveled with members of congress and the President. I also taught trauma and disaster preparedness in the Czech Republic and was a member of a first response team to the disaster at the Pentagon on 9/11. I am now an attending surgeon at Exeter Hospital in Exeter NH. Here I have been Chief of Surgery and held numerous leadership roles.